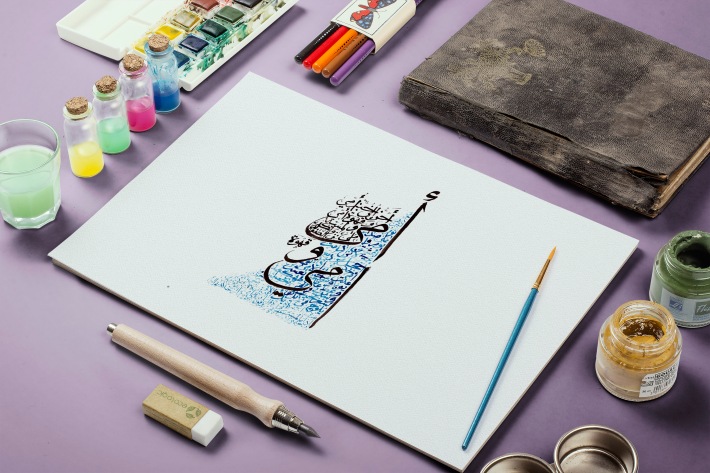 As Latin letters can be perceived formal, impersonal, rigid, separate, symmetrical, static, gray, geometric, vertical and mechanical. Most of these characteristics of Latin letters complement technology and its commercial applications. On the other hand, Arabic calligraphy can be traced through a chain of masters each of whom labored countless hours in patient imitation of their predecessors. 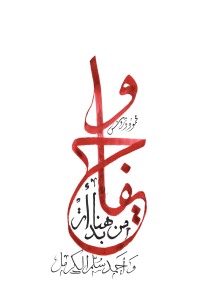 “Haifa started here, and Ahmad is the ladder to Carmel”  Mahmoud Darwish 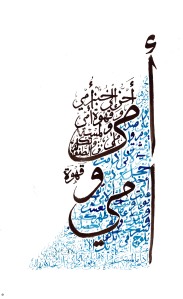 “Peace upon you while you making the morning fire” Mahmoud Darwish 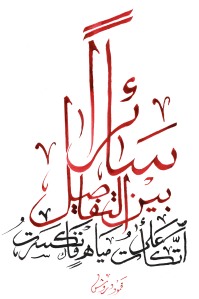 Walking Between the Details – Ink on paper, 2010

“Walking between the details, I leaned against water and i broke”

“My father is carrying an olive tree, it is neither eastern nor western, it is a one thousand years old “

“Walking to us the limits of time
Dedicate to them the terms of the long
You usurpers, rogues
Here are our hearts”